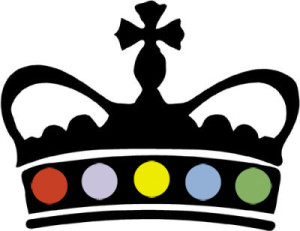 More tunes from our amazing community! Scott Kramer got a Loog II to teach his grandkids music but quickly fell in love with it. “One thing led to another and a lazy Sunday afternoon found me sitting in front of my computer,” he tells us in an email. “About an hour or two in Garage Band later I came up with a version of Old King Cole that made me smile.”

And boy did it make us smile! Scott’s rendition is upbeat, fun and manages to turn a nursery rhyme into a pure rock song, transforming Old King Cole into a ruler that’s “as groovy as can be” (actual lyrics!). In Scott’s own words, “I think it shows that this little instrument is not ‘just’ a kids’ toy.” Don’t believe us? Listen for yourself:

Here’s what else Scott has to say about his Loog Guitar and updated version of Old King Cole:

“I find when I pick up a different instrument it inspires me to think different. I have the A-E-A tuning on the shorter scale neck. I just was playing around and a certain lick just made me think of the Old King Cole nursery rhyme. It amazes me how many different songs I could figure out just by noodling around. As I said, I did this in Garage Band in an afternoon. The only virtual instrument is the drum track. The rest were played on my Korg Triton LE. I love the sound from the Loog. It has a Uke sound with a little more of an edge.“

We obviously loved the song and LOVE that you’re sharing it with the entire Loog community. Thank you so much Scott!